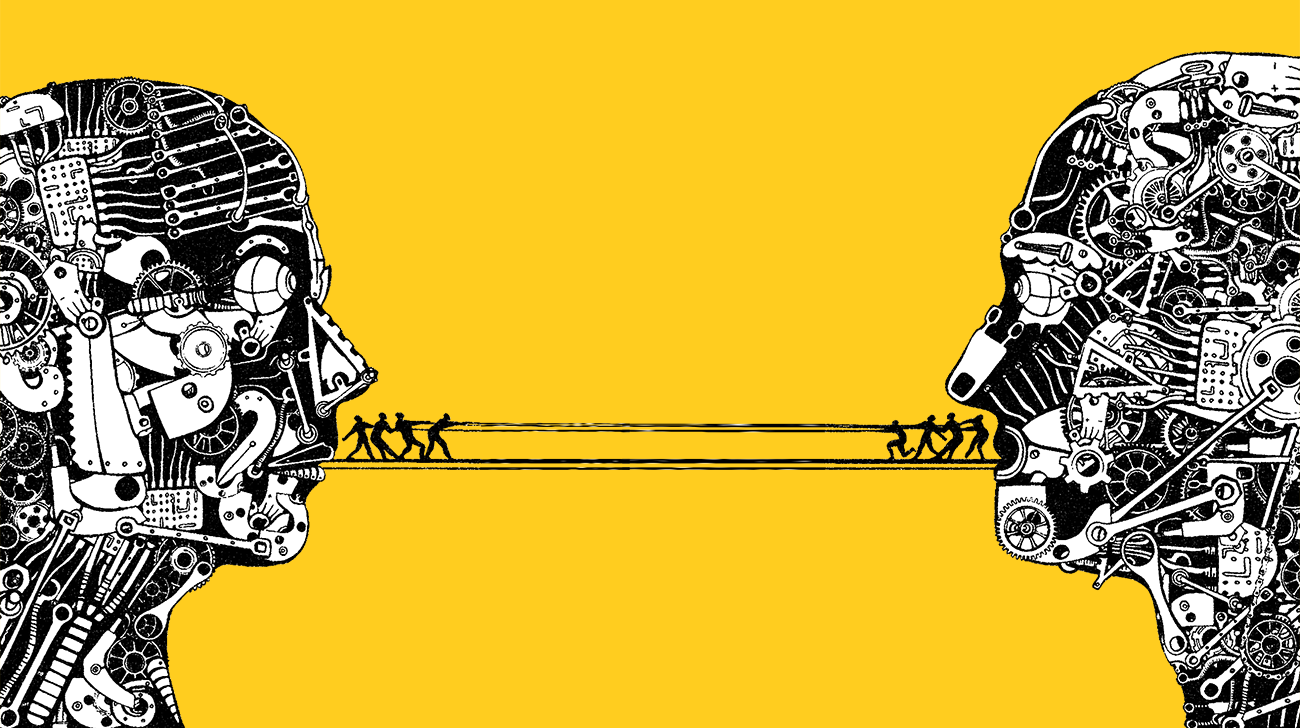 6 arguments that will defend your views in an expert article

On the expert blog, in addition to calculations or guides, there are also articles in which the author wants to get the reader to accept a thesis. Although controversial, they give the blog character and make it begin to stand out with its own voice. How to argue to convince the reader?

When we want to show our attitude towards the matter at hand, we should explain why we think so. The reader expects this. This explanation serves argumentation, or persuasion with justification.

In the article Rhetorical mechanisms in scientific popularization we will find four types of arguments with which authors of popular science texts most often justify their views. I’ll add two more to them.

When you want to oppose a view, you don’t have to argue with it right away. Instead, you can accept a thesis you disagree with for a moment, and then develop it until it turns out to be absurd.

Here is an example of the ad absurdum argument:

Already in the upper grades of elementary school, we begin to complicate our style to give the impression of being well-read and competent. We are prevented from simplifying our statements by the fear that we will not sound intelligently. However, if accessible language was indicative of low intelligence, we would have to consider TED speakers not very intellectually developed.

The ad absurdum argument therefore has the following structure: if the thesis that simple language is indicative of low intelligence is true, then what it implies would lead to the absurdity that TED speakers are not very intelligent.

This argument, like the previous one, will be useful when you want to refute the generally accepted view. Show that this view is wrong and justify that the thesis to which you convince the reader is true, for example:

It is said that an internet user gives a website a few seconds at the most to interest him. However, this does not explain the situation in which it opens several pages at the same time to compare products or make a query. Internet users often want to give themselves time and opportunity.

The argument by division can be summarized as follows: as the theory of rapid abandonment of websites has some disadvantages, the thesis that the reader gives himself more time to make decisions must be true.

This is a very intuitive argument type. We usually think that what we defend in the article brings positive consequences, and what we argue with – negative.

However, sometimes the consequences are so obvious to us that we forget to write about them. So think about what effect can be achieved if the thesis you are convincing is fulfilled.

Text written in simple language will be readily processed by the reader. Thanks to this, he will be more likely to believe what he reads and will like it more.

This argument arises according to the formula: the fact that the reader processes simple text smoothly leads to positive consequences, and therefore the thesis that simple style makes reading easier is true.

However, writing in a complicated language leads to negative consequences:

Reading complicated text is not fluent. The reader returns to the same passages, while others quickly glance, which causes frustration.

The strength of this argument lies in the fact that we make the reader aware of the consequences and do not throw them at the mercy of guesses.

If you prepare well for argumentation, you will definitely come across a quote or study that will justify your point of view. Although this query seems tedious, the argument based on the authority of objective scientific research sounds convincing. Let’s look:

It is common knowledge that after reading the first few lines, the Internet user decides whether to read on. Does so much depend on the initial sentences? In one experiment, researchers tried to capture the fleeting moment when the reader decides whether the text will be useful and whether it is worth reading. Strangely enough, in the case of articles later found to be useful, the participants devoted the most attention not to the exact beginning of the text (0-20% of the content), but to the next part (20-40%). Readers expect that in these places, and not at the very beginning of the text, they will find the most useful content.

How much pale this justification would have been if the author had referred only to his own experience.

The pattern by which we create this argument looks like this: the researcher, authority in a given field proclaims thesis X, and therefore it is true.

Use the shortage principle

Present a little-known application and emphasize that not everyone knows about it. As a result, the reader will feel honored and proud that he has reached valuable information.

Present information as unique, e.g. with terms such as: Not everyone knows that Is it much less common to talk about …

It is often said that an internet reader merely scans text. Much less often why he does it. He wants to find out whether to devote attention and time to the text. If the assessment is successful, the Internet user no longer scans, but reads the text more carefully.

Tell me about your hesitation

How did you come to the conclusions presented in the article? Tell about it. You will seem more credible and human to the reader when you admit hesitation. To convince the recipient, you can’t stop at confessions. Write where the dilemmas led you and give the recipient a solution, e.g.

When I started blog Paraphrase-Online.com, I assumed that my readers would be mainly philologists. I honestly used to describe terms such as “multiverbalisms” and “collocations.” I felt quiet satisfaction that I belong to a club where these words sound familiar.
Later, thanks to comments and e-mails, I found out who was interested in knowledge about writing. Of course, there were quite a few philologists in this group, but also a stewardess, missionary and engineer. I understood that people who want to write do not need to know descriptive grammar. I discovered how fascinating it is to share knowledge with those who do not belong to the same club, although it took me a long time to understand how to do it.

But can you convince the reader?

Conducting arguments in the text, you can only guess what views on a given topic are expressed by someone who begins to read your article. He has no definite opinion, or maybe he thinks the opposite.

In the first case, an easier task awaits you. Experiments have shown that if a participant does not have a definite opinion on a given topic, and then, for example, a film showing a position is shown, then two important things happen.

First, the participant’s views are usually similar to those presented in the film. Secondly, and more surprisingly, the participant cannot reproduce the views with which he began the experiment. Only the current ones come to his mind. I don’t even want to believe that he ever thought otherwise.

So if you argue convincingly, there is a good chance that your reader will change his mind, although he probably will not be aware that it happened. It will simply consider your views as its own.

With readers who have a completely different view from yours, it will be much harder. Even the most accurate arguments do not guarantee success, because the opposite positions hide interests that are sometimes difficult to reach. However, it is worth trying because, as we read in the book Daily Rhetoric, opposing positions may arise from reconcilable interests.

For example, someone may feel aversion to simple language because they think that using it will be misunderstood by their professional readers. Have you discovered that this is the business behind your opponents? You can refer to research results in the article, which show that it is not a complicated language that determines how professionals evaluate the text.

The point is for the reader not to feel forced to change their views, but to be happy that he has expanded his horizons. Not defeated but convinced.